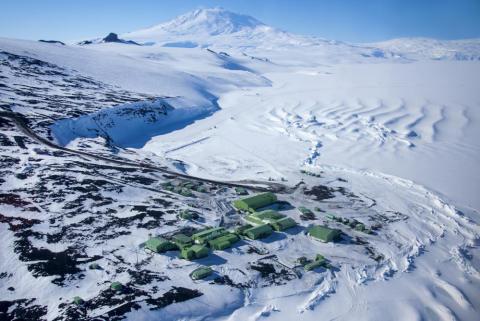 Delegations from Russia and Ukraine are among those meeting in Australia this week to decide the future of Antarctica's pristine waters.

Conservationists say new marine protected areas and rules to prevent overfishing are desperately needed, but that Russia could use its veto-like powers to once again block progress.

Achieving the required consensus for action among this diverse group of 27, which also includes China, the United States and the European Union, has always been an immense challenge.

And when two of the members are at war, and relations between China and many Western nations have deteriorated, consensus looms as an even bigger obstacle. Just this month, Russian bombing in Ukraine's capital, Kyiv, partially destroyed Ukraine's Antarctic research center.

Yet despite the enormous political hurdles, some remain hopeful that scientific arguments will win through. The U.S. is paying more attention to the region under President Joe Biden, and this year has sent a relatively high-level delegation led by Monica Medina, an assistant secretary in the State Department.

In an interview with The Associated Press, Medina said Antarctica was "a really fragile, crumbling part of the planet that needs all our help to withstand the challenges we face with climate change."

The meeting in Hobart in the Australian island state of Tasmania is the first in-person gathering of the Commission for the Conservation of Antarctic Marine Living Resource in three years, after the COVID-19 pandemic kept meetings online.

It comes as New Zealand's Prime Minister Jacinda Ardern makes a rare visit by a world leader to Antarctica, to see firsthand the scientific research taking place and to mark the 65th anniversary of New Zealand's Scott...