The Greek police's organized crime and human trafficking unit has dismantled a large-scale operation that exploited migrant women, forcing them to work as prostitutes.

In a coordinated operation in Athens, in the southwest Peloponnese and on the holiday island of Myconos, police arrested 13 suspects, while arrest warrants have been issued for another 12.

The number of women engaging in prostitution has been on the rise in recent years, according to a study by Athens's Panteion University, which also found a marked increase in the number of customers.

According to the results of the research, the rise in prostitution began after 2010, coinciding with the social and cultural implications of Greece's financial and migration crisis.

A former sex worker was made a dame in the Queen's Birthday honours list in New Zealand on Monday, in recognition of her services to the sex industry.

Eight people believed to be members of a sex trafficking gang that exploited Eastern European women, mostly from Belarus, were arrested Monday after police raids at Athens brothels.

Police said the women were virtually imprisoned in apartments around Athens and forced into prostitution at various brothels.

Greek police said on Monday that they have unraveled a gang that procured foreign women via a website and arrested 12 people.

Among the victims of the gang was a young teenager from Bulgaria. 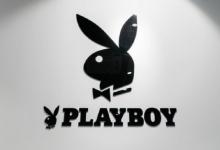 Publishers of the well-known Playboy magazine may stop printing. As the US Wall Street Journal reports, Playboy Enterprises, which publishes Playboy, "seriously thinks about the future of the print version of the magazine, although the final decision has not yet been adopted."

A convicted child molester was prevented from flying overseas from Sydney Airport on Dec. 13 under new laws aimed at keeping Australian pedophiles from traveling to Southeast Asia for sex tourism.

Famous women from across Turkey have shared their personal “violence stories,” describing their own experiences, ideas and advice on the issue of violence against women.