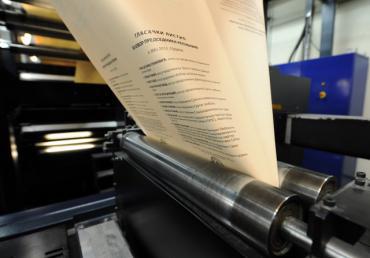 
BELGRADE -- The Center for Free Election and Democracy (CeSID) and the Novi Sad-based NGO COR are the only local organizations which will monitor parliamentary elections.

Foreign observers, meanwhile, demonstrated considerably greater interest in the polls, thus a total of 735 observers, 556 of them local and 179 foreign, will be deployed at polling places, Tanjug reported.

COR deals with protection of rights of people with disabilities and it will check whether the polling stations are suited to individuals with special needs.

Nine foreign observers come from Central Electoral Commission of Albania, two more from the Russian Federation and another two from Slovenia, and one more observer will represent Bosnia-Herzegovina.

The Republic Electoral Commission (RIK) issued credentials to the delegation of the Inter-Parliamentary Assembly of the Commonwealth of Independent States which will comprise seven individuals.

When it comes to international NGOs, two accredited observers of the Joint Network for International Volunteers from Japan will also be deployed at polling stations on Sunday, as well as eight more observers from Lithuania and 21 Dutch observers.

Three embassies also requested and received the credentials for their diplomats wishing to observe the elections, including the British Embassy, the Embassy of Bulgaria...

Better epidemic situation in Serbia - List of infected per 100.000 inhabitants