Serbs not satisfied with EULEX work 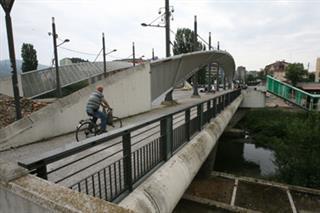 JAGODINA - Mayor of northern Kosovska Mitrovica Goran Rakic qualified as strange on Monday the statement by Head of the EULEX Mission Bernd Borhart who said that the trust of northern Kosovo-Metohija citizens in EULEX is increasing.

“Borhart mentions a survey and I consider the survey very strange and unprofessional, and I have to ask Mr Borhart - how is it possible that the survey is conducted throughout Kosovo-Metohija and not in the north,” Rakic told the Jagodina-based Television Palma Plus.

Neither the mayors nor citizens of northern Kosovo are satisfied with the EULEX work as Borhart claims them to be, Rakic said.

Of course, we are all supporting rule of law and relieving the burden of organised crime, drug dealers and perpetrators of grave crimes, but EULEX courts and prosecutor's offices are not in charge of this matter, the northern Kosovska Mitrovica mayor said.

According to him, EULEX has overstepped its mandate and is not status neutral.

The prosecutor's office and court have to be independent in their work and we do not want to affect their work but we want Serbs to have the same rights as all other indictees who are often treated lightly or forgiven even an escape from the detention unit, Rakic said.

In an interview for the Monday edition of the Belgrade-based daily Politika, Borhart dais, among other things, that the claims according to which the Serbs in northern Kosovo are losing their confidence in EULEX's good intentions are speculations and propaganda, adding that surveys conducted throughout Kosovo showed that the people in the north were happy with EULEX's work.