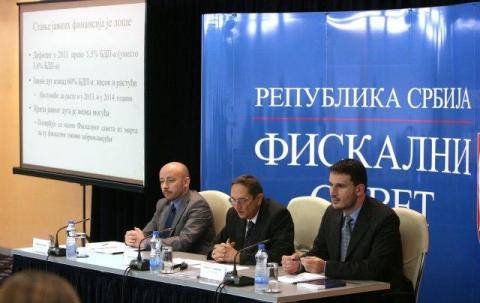 BELGRADE -- The proposed salary and pension cuts are insufficient and the VAT will have to be increased as a result, Fiscal Council President Pavle Petrović said.

"(Prime Minister Aleksandar) Vučić reiterated last night that the estimates of the Fiscal Council are correct, but that he made the decision on the salary and pension cuts with the people who live off those incomes in mind. We are skeptical. If the proposals remain in place, the VAT will have to be increased," Petrović told the daily Blic.

The Fiscal Council - an independent state organ that reports to the Serbian parliament - had proposed a linear reduction of salaries and pensions by 15 percent.

The set of measures Vučić laid out include a reduction of public sector salaries and pensions over RSD 25,000, "a fierce fight against the gray economy, "dismissals of administrative staff who are surplus to requirements, a reduction of subsidies for some public enterprises, as well as strengthening the private sector, Tanjug reported.