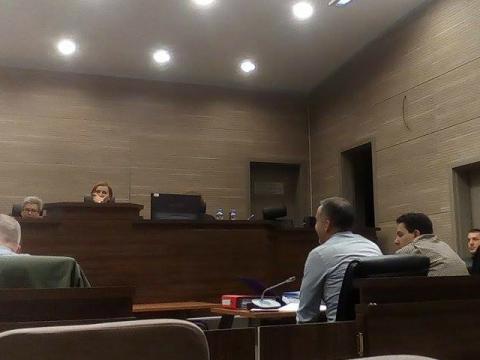 The Basic Court in Pristina on Tuesday ordered the release of Naser Kelmendi, the alleged Balkan drug baron, and said he should be put under house arrest.

Kelmendi, whose trial began in January 2015, is charged with aggravated murder, two counts of organised crime and six counts of the sale and production of drugs in various capacities, which include managing and overseeing a narcotics ring.

The court has not yet made public the reason for its decision to release him from custody.

Since the start of the trial, witnesses have spoken of Kelmendi's alleged connections to other criminals, tycoons and politicians across the region, including Bosnian media mogul and politician Fahrudin Radoncic, who has denied involvement in the case.

The highest-profile charge in the case concerns the 2007 murder of Ramiz Delalic, a Bosnian former warlord.

"Delalic had given law-enforcement agencies in Bosnia and Herzegovina extensive information about the drug-trafficking operations of Naser Kelmendi. Delalic was also trying to establish his own trafficking operations in Bosnia, and this was perceived by Naser Kelmendi as a threat for his criminal organisation," alleged Andrew Hughes, the EULEX prosecutor, when the trial began in 2015.

During the trial, a protected witness codenamed K1 - a member of Kelmendi's alleged crime ring - revealed how the Balkan drug ring had operated for years.

K1 testified against his alleged former boss, stating that the group smuggled heroin from Turkey through Bulgaria, Slovenia and Croatia to Bosnia, from where it was sold on to various European countries.

Kelmendi, a Kosovo Albanian with Bosnian citizenship, was arrested in May 2013 in Pristina.

He pleaded not guilty to all counts on the indictment,...