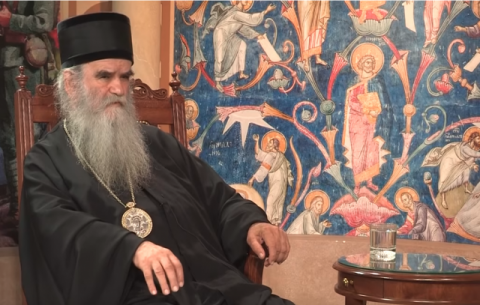 The Serbian Orthodox Church (SPC) dignitary, who is at the helm of the Metropolitanate of Montenegro and the Littoral, added that after the latest decision of its head, Patriarch Bartholomew, the Ecumenical Patriarchate of Constantinople was "absolutely no longer considered as the supreme church authority by the SPC."

In an interview with Vijesti TV, Amfilohije said that he informed Bartholomew during their recent meeting of the decisions of the SPC Assembly, which is not in agreement with his decision to give autocephaly to the church in Ukrainian.

Amfilohije said that he has known Bartholomew since he was a deacon, and that they studied together in Rome - "but what he is doing now in Ukraine is not absolutely adequate to the spirit of the Orthodox church, because it is destroying centuries-old unity among Orthodox churches."

"And from that standpoint our Church and many other patriarchates do not accept such a position, I've told him this openly. I still have hope, however, many theologians in Greece and archbishop are also against this and his current behavior," the metropolitan said.

"An independent Montenegro is one thing, an autocephalous church is another. A completely different story", Amfilohije was clear. Asked whether the Ecumenical Patriarchate remains the supreme church authority as far as the Serbian Orthodox Church is concerned, the metropolitan replied: "Absolutely not."

He explained that only the Catholic Church has supreme authority, i.e., the pope.

"In the Orthodox church, it's a ten-century struggle...