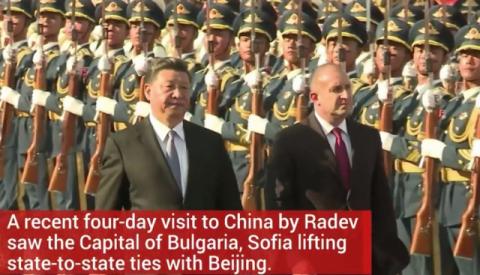 In July, Bulgarian President Rumen Radev held talks with Chinese President Xi Jinping in the Great Hall of the People in Beijing as they decided to implement a strategic partnership. A recent four-day visit to China by Radev saw the Capital of Bulgaria, Sofia lifting state-to-state ties with Beijing, reports IOL.

Upon agreeing to join China the Belt and Road Initiative (BRI), a global development strategy proposed by Jinping in 2013, resulted in Bulgaria being one of the first Central and Eastern European countries to sign the intergovernmental co-operation documents with China. Furthermore, Jinping hopes that the strategic partnership between China and Bulgaria will be seen as a new starting point, a starting point in which they can work together in coping with the test of international changes.

Jinping has stressed that both countries should respect and trust each other and should strengthen the exchanges between their governments, legislative bodies, and political parties. Along with the strong belief in both countries strengthening their exchanges, Jinping also states that China and Bulgaria should be able to maintain mutual support on issues involving countries core interests and concerns.

China's firm support was further reiterated towards the European integration process during a recent interview with the Chinese President. Jinping stated "It is hoped that the new EU institutions will maintain the stability and continuity of their China policy" which supports Jinping's belief that China is willing to strengthen the synergy between China and Egypt's development strategies such as promoting the country's infrastructure connectivity, expanding trade investment and cementing people-to-people exchanges.