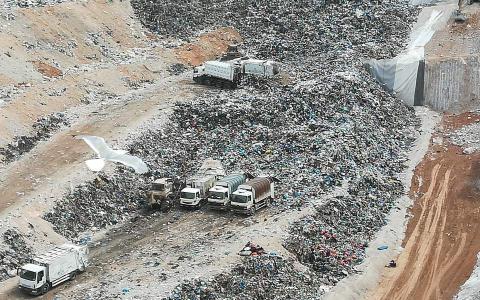 Greece is still far from reaching the European Union's recycling targets, introduced by the bloc in a bid to drastically reduce reliance on landfill sites for waste disposal.
The EU's medium-term goals are to recycle 50 percent of municipal waste by 2020 and around 65 percent by 2035, sending less than 10 percent to landfills.
However, according to the most recent Eurostat data, Greece's waste recovery rate in 2016 was 17 percent (with 14 percent being recycled and 3 percent composted), compared to an EU average of 45 percent. Some countries, such as Germany, Slovenia and Austria, had an over 50 percent recovery rate.
The biggest challenge lies with Attica's main landfill at Fyli, northwest of the capital, where foot-dragging by outgoing regional governor Rena Dourou has left the incoming authorities - newly elected Attica governor Giorgos Patoulis and Athens mayor...

NSI: 9.1% Increase in Foreigners Visits in Bulgaria
Romanian who died in Hanau attack has been repatriated