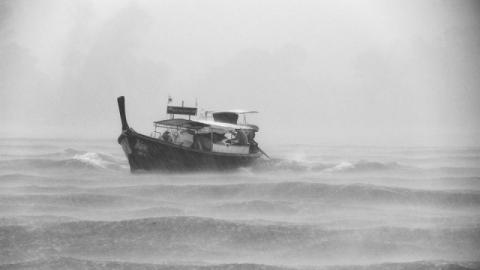 Greece, Cyprus and Bulgaria have decided to launch a joint initiative for migrants in the Eastern Mediterranean, the Greek Ministry of Citizens Protection announced in a press release. The initiative will be presented to the Council of Ministers of Justice and Home Affairs of the European Union on 7-8 October in Luxembourg.

This is the first joint initiative by Member States on the frontline of the critical migration route in the Eastern Mediterranean, the release said.

The aim of the initiative is to highlight the European dimension of the major challenge of migration that Europe faces in frontline Member States in the Eastern Mediterranean.

The three countries are seeking to increase sensitivity and activate their European partners, the Commission and the other European institutions on the increasing, continuing and clearly disproportionate migration challenges facing the three countries, especially in comparison with other Mediterranean and EU regions.

The initiative aims to take concrete EU action within the framework of Community solidarity and responsibility with a fair burden distribution through the redistribution of migrants, through a strong return policy to third countries of origin and by more generally strengthening the countries most affected.

In addition, the three countries declare effective implementation of the EU...

Cyprus FA suspends all matches after ref walkout over attack

Today is the National Hug Day!

Sunny Weather with Maximum Temperatures between 4C to 9C

President Putin Submitted a Package of Constitutional Amendments to Parliament