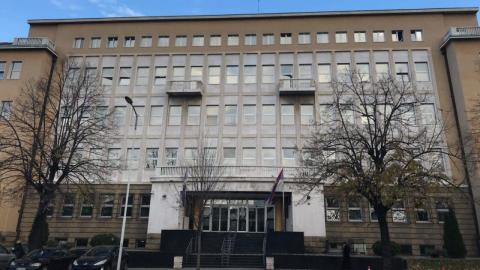 The Belgrade-based Humanitarian Law Centre NGO said in a report published on Wednesday that Serbian war crimes prosecutors are continuing to issue only a small number of indictments, most of them in cases transferred from Bosnia and Herzegovina, and none of them charging high-ranking suspects.

The Humanitarian Law Centre noted in the report that prosecutors issued three indictments in 2019, two in cases from Bosnia and Herzegovina. The third indictment charges a suspect with war crimes in Kosovo as part of a case that is already ongoing in court.

All three indictments issued in 2019 are related to direct perpetrators of war crimes, not ranking officers.

"This continued the practice of non-prosecution of perpetrators in senior positions in the former military, police and political hierarchy of Serbia and the Federal Republic of Yugoslavia," the report said.

"Non-prosecution of high-ranking perpetrators is contrary to the adopted National Strategy for War Crimes Prosecution, which states that the Republic of Serbia has decided that 'cases against suspects of high rank, de jure or de facto, should be given priority in the work of prosecutors in the period 2016-2020'," it added.

The Humanitarian Law Centre also noted that in 2019, prosecutors did not issue a single fresh indictment for crimes against ethnic Albanian civilians in the Kosovo war.

"Since the beginning of 2013, the HLC has filed nine criminal...