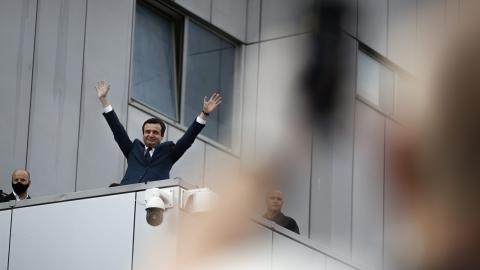 Under Saturday's decision, Kosovo's Food and Veterinary Agency is now obliged to use the emblem and name 'Republic of Kosovo' on all sanitary and veterinary certificates, while economic operators from Serbia must now obtain an entry permit from Kosovo's Liaison Office in Serbia for each vehicle transporting goods entering Kosovo.

Kurti had been insisting on the move for months, having lifted - on April 1 - a 100 per cent tariff imposed on goods of Serbian and Bosnian origin by the previous government in November 2018.

The EU condemned what it described as "unilateral actions" that undermined the restart of negotiations between Serbia and Kosovo mediated by Brussels.

Kurti says reciprocity measures are only fair given Serbia's refusal to recognise Kosovo as independent and its continued lobbying against the further international integration of the former Serbian province, Europe's youngest state. Kosovo argues that Serbia maintains illegal technical and political barriers to trade, including its refusal to recognise Kosovo-issued documents.

Kosovo should not allow the import of goods from Serbia as long as "Serbia does not allow the export of Kosovo goods because of the name," said Avdiu.

The acting director of Kosovo's customs service, Ibrahim Xhaka, said implementation of Saturday's decision had begun immediately and that Serbian goods without the necessary paperwork were being turned back at the border.

Plazma back, but will it stay?

Some business representatives in Kosovo argue the government should go further.

"The government should not focus only on...