Turkey, EU ready to work together 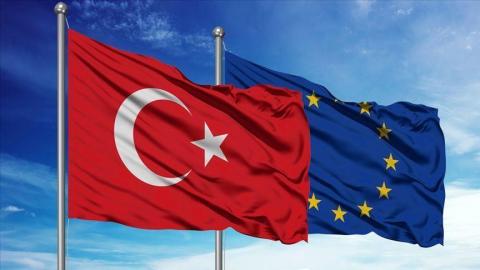 In a video conference, Erdoğan and the EU official discussed the ways to develop relations between Turkey and the EU and addressed regional developments, Turkey's Communications Directorate said in a statement.

The EU is on the priority of Turkey's agenda, Erdoğan told von der Leyen, reiterating that Turkey sees its future in Europe.

He also pointed out the importance of resuming regular Turkey-EU summits and high-level dialogue meetings.

Turkey wants to open a new page in relations with the EU in the new year, Erdoğan said, adding that the year 2020 could not be made enough use of due to the whims and artificial problems that some EU members produced, according to the statement.

He added that this situation was not sustainable not only in terms of maintaining future relations but also in terms of the broad common geography. Erdoğan also said that updating the 2016 refugee deal would be the first step for a positive agenda on Turkey-EU relations.

Turkey and the EU signed a refugee deal in 2016, which aimed to discourage irregular migration through the Aegean Sea by taking stricter measures against human traffickers and improving the conditions of nearly four million Syrian refugees in Turkey. Erdoğan pointed out that the year 2021 offers a productive environment for new cooperation to be initiated in the field of migration.

The Customs Union agreement between Turkey and EU should be updated, Erdoğan stated, adding that Turkish nationals should be allowed visa-free travel within the...