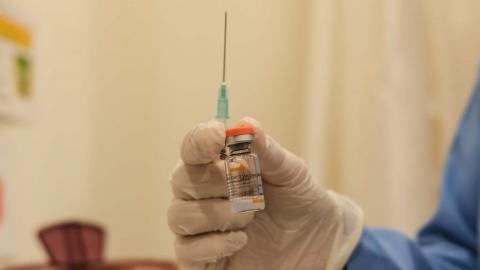 Some health experts have warned that the effectiveness of these vaccines is still not fully researched, and note that their delivery dates are also still uncertain.

"Unfortunately, Turkey could not purchase a vaccine in which all three phases of research had been completed. Furthermore, there are no plans to bring [Western] Moderna or AstraZeneca vaccines [to Turkey]," Emrah Altindis, a Turkish professor of Biology at Boston College, wrote on Twitter.

Turkey said earlier that it would purchase 50 million doses of China's CoronaVac vaccine, which is still in third of phase of research. After various delays, only 3 million doses arrived on December 31. So far, Turkey has vaccinated 1.2 million of its more than 82 million citizens.

Ankara is also negotiating with US pharmaceutical firm Pfizer-BionTech - but the arrival date of vaccines from it, and a further shipment of CoronaVac made by China's Sinovac is still unknown.

Altindis said people should be vaccinated with CoronaVac only if they do not have another option.

Serbia is using the Russian-made Sputnik V vaccine and a vaccine from another Chinese company, Sinopharm, in addition to the US Pfizer-BionTech vaccines.

Some 2,400 doses of the Russian vaccine reached Serbia on December 30, according to local media. The speaker of parliament, Ivica Dacic, and the Interior Minister Aleksandar Vulin, both took the vaccine in front of journalists on January 6.

On January 19, President Aleksandar Vucic announced the imminenent "mass immunization" of the population of...