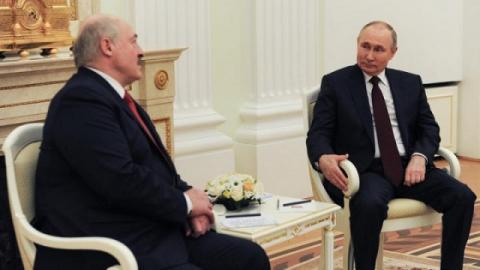 Belarusian strongman Alexander Lukashenko meets Russian President Vladimir Putin in Sochi on Friday in a critical display of Moscow's support for Lukashenko's regime, a day after the UN civil aviation agency announced it would investigate Sunday's diversion of a Ryanair plane and the arrest of a journalist on board.

The meeting in Sochi between the Kremlin and the Belarusian leader, who enjoys strong support from Moscow, comes as airlines revealed Russia has blocked some European flights for avoiding Belarusian airspace.

The meeting comes a day after the UN civil aviation agency, the International Civil Aviation Organization (ICAO) Council said it had "decided to undertake a fact-finding investigation of this event".

The Montreal-based agency said the investigation "underlined the importance of establishing the facts of what happened, and of understanding whether there had been any breach by any ICAO Member State of international aviation law."

Lukashenko sparked international outrage by dispatching a fighter jet Sunday to intercept a Ryanair flight from Athens to Vilnius carrying Protasevich, 26, and his girlfriend Sofia Sapega, 23.

A nervous-looking Protasevich was last seen in a video released by Belarusian authorities on Monday in which he was seen supposedly admitting to helping to organise mass unrest, a charge that could land him 15 years in jail.

"I want you to relay our appeal everywhere, throughout the world, to government representatives, to EU countries, to EU leaders, to US leaders: I am appealing, I am begging, help me free my son," his...