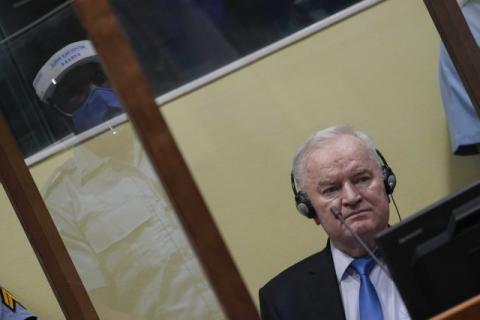 The reason for that is the support for the general of the former VRS, Ratko Mladic, who was sentenced to life imprisonment in The Hague for crimes during the past war in Bosnia-Herzegovina.
Vukovic posted on his Facebook profile, along with a photo of general Mladic's hat:
"Because in the place below Treskavica, mothers do not give birth to cowards, we will treasure the memories we had together, General of the Republic of Srpska".
"Due to the persistent ignoring of the warnings of the leaders of the relevant Ministry and the constant diversion of negative media attention to the institution in which he was hired, the external consultant for the driving school, within the Ministry of Education, Science, Culture and Sports, Vladimir Vukovic, had his contract terminated," it was announced from that department.
At the same time, the Ministry appealed to all employees to be responsible in communication and attitude on social networks.
It should be reminded that the Appeals Chamber of the International Residual Mechanism for Criminal Tribunals in The Hague delivered the second-instance verdict against Ratko Mladic, which sentenced him to life in prison.
President of Serbia, Aleksandar Vui, spoke about that issue at the session of the UN Security Council.
"Despite selective justice, we are facing the future, not the past. I have a message for our citizens: Heads up, neither Serbia nor the Serbian people have been convicted of anything," Vucic said.