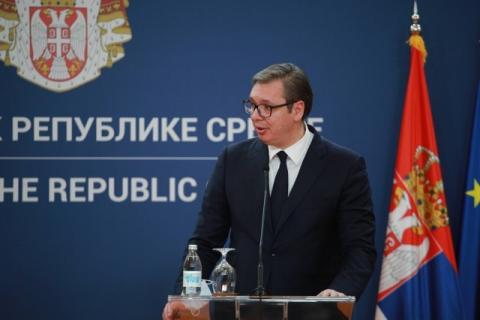 He emphasized that precisely because of that, he believes that the graffiti of hatred and threats addressed to the former president of Serbia and the president of the SDS, Boris Tadic, are absolutely inadmissible.
He asked the competent state authorities to find the person, or persons, who participated in the printing of those graffiti as soon as possible. "Serbia is a country where no one is allowed to suffer because he has a different political position or opinion, and we must not and cannot have any 'but' on that issue," he said.
The leader of the Social Democratic Party was threatened with graffiti in Belgrade.
The graffiti that was written on the walls in the Belgrade settlements of Dorcol and Vracar read: "Death to Boris Tadic".