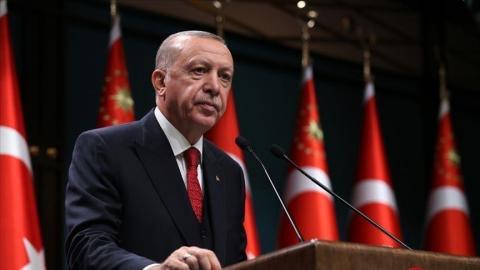 Turkish President Recep Tayyip Erdoğan held separate phone calls late on Aug. 11 with the presidents of Afghanistan, Iran and Togo, discussing regional issues and bilateral relations with each of them.

He said Turkey will continue to stand by the friendly and brotherly Afghan people so that Afghanistan can achieve the peace and stability it deserves as soon as possible.

The Taliban have rapidly captured several smaller administrative districts and are now targeting towns and cities. They have captured nine provincial centers from government forces in six days.

Erdoğan in a later phone call congratulated Iran's newly-elected President Ebrahim Raeisi on his inauguration and said he believes that relations between Turkey and Iran and regional cooperation will become stronger in every field in the new term.

Erdoğan said in a phone call with Togo's President Faure Gnassingbe that cooperation between the two nations in the defense industry field will have a multiplier effect in enhancing bilateral ties.