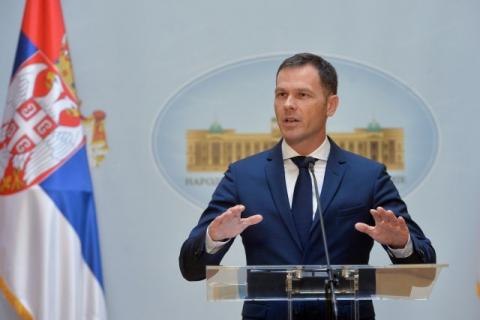 "On November 1, we will pay 30 euros to all adult citizens of Serbia. That is the 30 + 30 euros that people have already applied for. We have that money on our account and we continue to support the citizens," Mali said today.
Being hosted on TV Happy, the Minister also reminded of the payment of 20 euros of aid in December, for which the exact date has not been defined yet, and for which the application will start on November 15.
"Our state has shown how strong and stable it is, we paid everything in a day. Everyone needs such a partner, and in the meantime, Serbia has become such a country," said Mali.
He also referred to the fact that the world is currently shaken by the energy crisis, warning that the United States of America and Europe have been printing money for 12 years, and that it is not known how this will affect the global economy.
"Do you remember how much pressure there was on President Vui not to build a gas pipeline? Well, we wouldn't have gas today if it weren't for that. That energy crisis is something that worries both President Vui and me," says Mali and reminds that Vui had a meeting yesterday with the Minister of Foreign Affairs of the Russian Federation, Sergey Lavrov, from which a good final outcome is expected when it comes to the supply of gas from Russia. The unenviable situation in which the world has fallen has occurred due to, according to the Minister, irresponsible policies of large countries, but also the introduction of carbon taxes.
He pointed out that Serbia will have at least 7% growth this year.
"We are currently building seven highways and expressways, and we hope that there will be three more by the end of the year," Mali said.
The first Mission of the International Monetary Fund...

Macron: We killed him