Turkey says US should deliver F-35s Ankara paid for, or return money 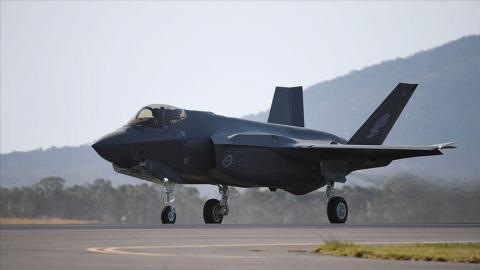 The U.S. should either deliver the F-35 fighter jets that Turkey paid for or return the money or give another product instead, the Turkish foreign minister said Oct. 28.

"If the US does not want to resolve the issue about F35s, or if the U.S. Congress blocks it, Turkey will consider other options including purchasing [Russian-made] SU-35 or SU-57," Minister Mevlüt Çavuşoğlu told CNN Turk in a televised interview.

Turkey and the U.S. have agreed to continue talks to resolve the issue over the F-35 Joint Strike Fighter program, the Turkish Defense Ministry said on Oct. 28.

According to a statement, representatives of the Turkish and U.S. defense ministries held a meeting in the capital Ankara, in which they also discussed financial issues.

Pentagon said on Oct. 27 that the U.S. and Turkey have held another round of talks aimed at resolving the dispute over Ankara's removal from the F-35 Joint Strike Fighter program.

"The meeting demonstrates the commitment of the United States Government to conclude respectfully Turkey's prior involvement in the F-35 program," Semelroth said in a statement.

"Discussions were productive, and the delegations plan to meet again in the coming months in Washington, D.C."