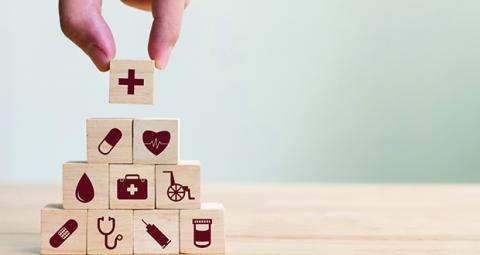 Ljubljana – Equal Opportunities Ombudsman Miha Lobnik has noted that the permanent ban on blood donations for all homosexual men is discriminatory, as they are excluded from taking part in this important philanthropic activity despite the fact that the safety of blood donations is also ensured by additional testing for viruses.

Although HIV and other blood-borne viruses are also transmitted during heterosexual sex, blood donation is only prohibited in advance and permanently for homosexual and bisexual men, the office of the Advocate of the Principle of Equality said on Wednesday.

According to Lobnik, the Health Ministry and the Blood Transfusion Centre are responsible for this, and the ombudsman already warned them in 2018 about the potential inadequacy of the current regulation.

Meanwhile, the centre said that Slovenia was due to change regulations in 2022, under which only temporary bans on blood donations will remain, while donors will be selected on the basis of the riskiness of their sexual behaviour, regardless of gender or sexual orientation.

Lobnik found that the general permanent ban on blood donations for men who have sexual relations with other men in Slovenia was originally meant to ensure that the donated blood was safe, as these men were generally more prone to HIV infection risks, according to statistical data.

But the data by the National Institute of Public Health for the period between 2009 and 2018 show that newly diagnosed HIV infections were not only detected among men who have sexual relations with other men, as around 16% of newly infected persons got the virus through heterosexual sex.

A permanent ban on blood donation only for homosexual and bisexual men is therefore not an appropriate means of ensuring the safety of donated blood, as the risk of contracting HIV or other blood-borne viruses depends primarily on sexual behaviour, Lobnik said.

In addition, all donated blood has been tested for the presence of certain viruses for many years, which further confirms the assessment that the currently established system is not the only possible way to ensure the safety of donated blood, he said.

In his assessment of the proportionality of the blood donation ban, Lobnik also noted that this measure perpetuated and spread prejudice against same-sex relationships as such and reinforced the stigmatisation of homosexuality.

The measure causes more harm to society and individuals than it brings benefits, as it infringes on the rights of individuals and unnecessarily denies their blood while spreading stigma. In Lobnik’s view, the regulation is therefore not in line with the principle of proportionality.

Few countries in the EU permanently ban all men who have sexual relations with other men from donating blood. In addition to Slovenia, only Croatia, Greece and Lithuania have such regulations.

In other EU countries, there is no such permanent ban on blood donation, or it is only temporary and depends on whether the potential donor has had risky sex within a certain period of time before donating blood.