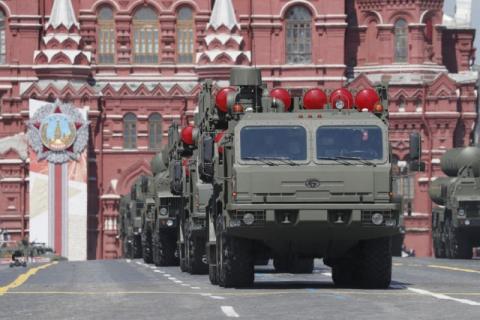 Dramatic news is coming from Ukraine about a new possible war in Europe.
Earlier in the day, Fox News reported that the families of the staff of the U.S. Embassy in Kiev were ordered to start leaving the country on Monday.
U.S. State Department did not confirm that.
U.S. State Department spokesman told Sputnik that Ukraine is already in force on a "lever four travel advice" due to the coronavirus pandemic, and US citizens "should be aware of reports that Russia is planning significant military action against Ukraine."
"If the decision is made to change our attitude towards American diplomats and their families, American citizens should not expect an evacuation sponsored by the American government. Commercial flights are currently available," a spokesman told Sputnik.
The announcement came shortly after a Fox News reporter announced on Twitter on Saturday, citing unnamed U.S. officials, that the State Department was "ordering the families of U.S. embassy staff in Ukraine to start leaving the country Monday." According to Fox News, the State Department is also expected to encourage Americans to start leaving Ukraine on commercial flights, "while they are still available."
CNN reported on Friday that the U.S. Embassy in Ukraine addressed the State Department with a request to allow secondary staff to leave the country.

Berlin is considering the same option

After the American media announced that Washington intends to evacuate the families of diplomats from Ukraine, the German newspaper "Bild" also announced, claiming, citing its own sources, that official Berlin is also considering that option.
According to the paper, this decision would be made in case the situation in Ukraine worsens in the coming period.