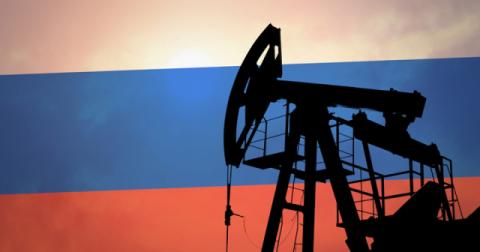 The European Commission has amended its proposal for an embargo on Russian oil to extend the pre-entry period for Hungary, Slovakia and the Czech Republic. This was reported by Reuters, citing two sources.

According to the revised proposal, Hungary and Slovakia will be able to buy and import Russian oil through oil pipelines until the end of 2024, and the Czech Republic will continue to do so until June 2024.

According to Czech Prime Minister Petr Fiala, quoted by CTK, the EC proposal is a step in the right direction.

Bulgaria has also asked for a postponement, but has not received it, as according to one source, "there is no real reason for this". The other three countries have an "objective problem", the source said.

At the same time, European Commission President Ursula von der Leyen expressed confidence that the Union would reach an understanding on the new package of sanctions against Russia.

"I am confident that we will approve this package. It may take us a day longer, but we are moving in the right direction," Von der Layen told a conference hosted by the Frankfurter Allgemeine Zeitung.

The first EU diplomat, Josep Borrell, announced that if an agreement on the embargo is not reached over the weekend, he will convene an extraordinary meeting of foreign ministers next week.

Meanwhile, Nova TV reported that Bulgaria will veto the EU's decision on the Russian oil embargo if it is not included in the list of countries. The media cited unnamed sources.

Nova TV sources claim that a red flag has been received from Sofia, which means that if Bulgaria is not added to the exceptions, it will veto it.