The first was Nikola Rakocevic, in 2014. In its time, European Shooting Stars has brought such now famous world stars as Rachel Weisz, Franka Potente, Daniel Craig, and others to Berlin.

But Maric says he does not think that world fame automatically awaits him.

"I'm not getting too excited. Hollywood will not be ruined without me," he jokes.

Directed by Miroslav Terzic, the film stars Snezana Bogdanovic as Ana, a seamstress who is convinced her infant son was stolen at birth to be sold for adoption some 20 years ago, the Hollywood Reporter writes.

A centenary of Romanian press was celebrated on Thursday, at a gala, at the Palace of the Patriarchate, where academician Eugen Simion, head of the Department of Literature and Philology with the Romanian Academy affirmed that journalism has "a moral role and a national role."

Prime Minister Viorica Dancila announced that she will participate in Belgrade on Friday and Saturday in the quadrilateral Romania-Bulgaria-Greece-Serbia meeting, where she will present Romania&#39;s priorities during the Presidency of the Council of the European Union, focusing on advancing the European agenda referring to the Western Balkans and on projects regarding the region&#39;s

The Trash Metal band Slayer will include Bulgaria in its Final World Tour farewell tour and will delight their Bulgarian fans with a concert on July 11 at a spacious location in the park at Sofia Airport, announced the organizers of their visit here EventEase.

Almost 60pct of Romanians declare rather their agreement with Romania&#39;s union with the Republic of Moldova, while 27pct are opposed, according to an Avangarde survey released on Wednesday. 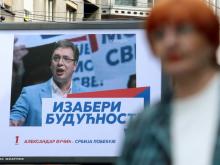 During the making of the film, BIRN journalists talked with many  individuals from Serbian public life, but also from the US, who had a role in the creation of the SNS.

They were at the monastery for the feast of Holy King Milutin - and on the occasion, performed their latest song, "Dogodine u Prizrenu (Next Year in Prizren).

The song mentions the town of Prizren in Kosovo because it was the ancient capital of the Serbian medieval empire - while the title itself is a paraphrase of the Jewish saying, "Next year in Jerusalem."

The front page, that features an image of a growling dog and the heading, "The Hounds Are Unleashed," has caused President Vucic's media adviser Suzana Vasiljevic to resign from the supervisory board of Politika AD, the publisher of the weekly. 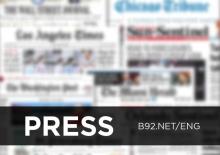 It featured the picture of a growling dog and covers of certain domestic printed media and the heading "The Hounds Are Unleashed," Beta agency reported. 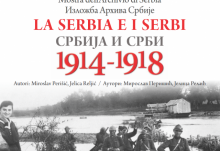