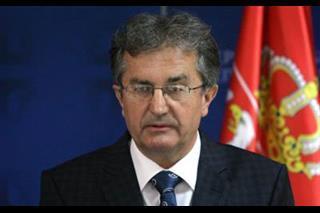 BELGRADE - Serbia's outgoing Defence Minister Nebojsa Rodic and Bulgaria's Defence Minister Angel Naydenov stated at a meeting in Sofia on Monday that the bilateral relations are good, within which the cooperation in the area of defence takes an important place.

The two officials underlined that the cooperation in the field of defence has a positive impact on the security situation in the entire region.

“It was said that the bilateral military cooperation over the last few years made a considerable progress in the areas of joint training and exercise, preparation of software for codification and simulations, military medicine, military geography and public relations,” the statement reads.

It was underlined that the cooperation of the two air forces is the most intensive and developed one, within which the aviation and rocket units perform a live fire exercise once a year at on the anti-aircraft firing range Shabla in Bulgaria, while the pilots of the Bulgarian Air Forces train with a MiG-29 flight simulator at Batajnica Airport in Belgrade.

It was concluded that despite restrictive budgetary policy, the cooperation in these areas should be promoted even further, while rational planning of joint activities should ensure the development of the two armies' operative and functional capabilities.

The procedure of harmonization of the text of the protocol on cooperation in the area of military geography between the two defence ministries should be finished as soon as possible so that the protocol could be concluded by the end of 2014, the statement reads.

Ahead of the ceremonial welcome, within which a wreath was laid at the Tomb of the Unknown Soldier, and the talks between the two delegations, Rodic...