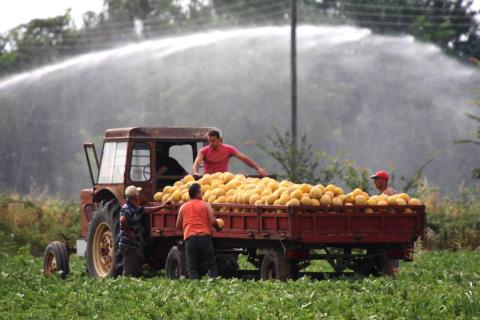 Four of Greece's 13 regional units are among the 20 poorest in the European Union according to GDP per capita, a Eurostat report published on Tuesday has shown.

Eastern Macedonia and Thrace ranked in 11th place, followed by Epirus in 13th, the Northern Aegean in 14th and Western Macedonia in 17th place, with five Bulgarian regions taking up as many spots in the top 10, including the two poorest parts of the bloc. In terms of the richest regions in the European Union, Inner London-West and Luxembourg topped the list.

With 91 percent, Attica was the only Greek region to have a GDP per capita above 75 percent of the EU average in 2017, with the remaining 12 falling below that threshold, the European statistical agency reported.

The lowest GDP per capita in Greece was in Eastern Macedonia and Thrace (46 pct), Epirus and the Northern Aegean (48 percent) and Western...