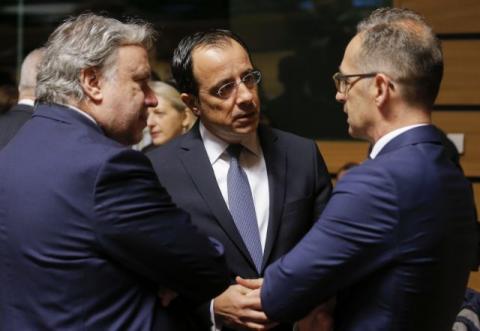 The GAC reiterated that the EU has «frozen» talks with Turkey on accession and the customs union.

«The Council expresses serious concerns over Turkey's current illegal drilling activities in the Eastern Mediterranean and deplores that Turkey has not yet responded to the European Union's repeated calls to cease such activities… underlines the serious immediate negative impact that such illegal actions have across the range of EU-Turkey relations… and calls on Turkey to show restraint, respect the sovereign rights of Cyprus, and refrain from any such actions," the GAC stated in the sternest warning yet to Ankara.

«The EU will closely monitor developments and stands ready to respond appropriately and in full solidarity with Cyprus. The Council invites the Commission and the European External Action Service to submit options for appropriate measures without delay,» the Council stated.

«Turkey continues to move further away from the European Union. Recalling its conclusions of 26 June 2018, the Council notes that Turkey's accession negotiations have therefore effectively come to a standstill and no further chapters can be considered for opening or closing and no further work towards the modernisation of the EU-Turkey Customs Union is foreseen,» the GAC warned.

Call for Turkey to normalise ties with Nicosia

Editorial: The queues of backwardness