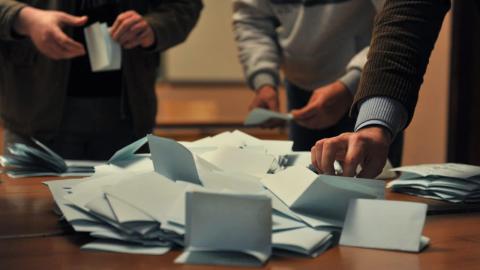 Pathway to changing the constitution?:

The official explanation of the changes says the current law, adopted in 1994, is restrictive, outdated and inconsistent with Serbia's 2006 constitution.

It adds that it is also not properly aligned with best practice in many EU countries, referring to "major shortcomings", which it said is why "referendums and people's initiatives are rarely used".

In 1990, citizens voted in a referendum on whether they wanted to pass a new constitution first and then call the first multi-party elections since World War II, or vice versa. The vast majority of citizens who  turned out to vote, 96.8 per cent, voted in favour of the constitution first.

In 1992, citizens voted in a referendum on state symbols. The same year, another referendum on constitutional amendments failed because it did not meet the threshold.

In 1998, a referendum was held on whether people wanted foreign mediation in solving the Kosovo problem. In a turnout of about 73 per cent, about 94 per cent of those who cast ballots voted against foreign involvement.

In 2006, in a two-day referendum, people voted to adopt a new Serbian constitution. About 54 per cent of all voters participated.

The main change will get rid of the current threshold, which is the participation of 50 per cent of all voters plus 1, for a referendum to be deemed successful and the result valid.

However, while the government says the only aim is to make referendum rules clearer and easier, the opposition fears the real reason for abolishing the threshold...