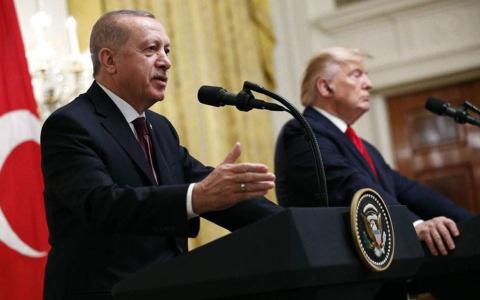 Turkish President Recep Tayyip Erdogan said on Tuesday he told US President Donald Trump during talks in Washington last week that Turkey would not give up on the Russian S-400 missile defenses it procured this year, despite protests from its NATO ally.

Ankara and Washington have been at loggerheads over Turkey's purchase of the S-400s, which Washington says are not compatible with NATO defenses and pose a threat to its F-35 stealth fighter jets.

In response, the United States has suspended Turkey from the jet program, where it was a buyer and a manufacturer, and warned of possible US sanctions over the deal.

Last week, Erdogan and Trump met at the White House to overcome mounting differences ranging from the S-400s to Syria policy. During the talks, Trump urged Erdogan to drop the S-400 systems in lieu of US Patriot systems.

However, Erdogan said on...