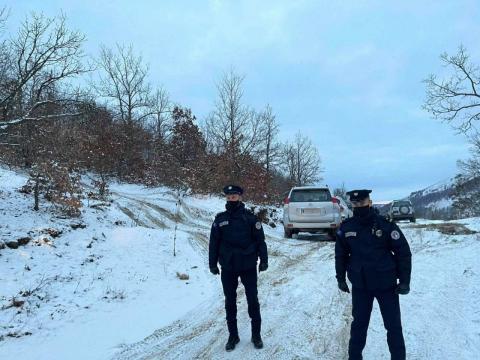 Police said they were informed shortly after 2pm local time that a person with no signs of life was lying on the ground by the road.

"Police immediately went to the scene, contacted the family members of the person and called a prosecutor and emergency teams. At the scene, police found that the person was dead," said Kosovo police spokesperson Bajram Krasniqi.

"The prosecutor is on his way to the scene to see what has happened. The police are also at the scene. He [Syleviqi] was found dead in the forest," Pristina's chief prosecutor, Kujtim Munishi, told BIRN.

In the years prior to his death, several media outlets in Kosovo reported that Suleviqi, an ethnic Albanian, had been a member of the Serbian-controlled police force when Kosovo was still under Belgrade's control, before the end of the war for independence in 1999.

Klan Kosova TV reported in 2015 that relatives of a doctor called Hafir Shala alleged that Suleviqi was one of the members of the Serbian police force who were responsible for the arrest of the doctor, whose whereabouts are still unknown.

In 2016, Ramiz Lladrovci, Kosovo's former ambassador to Albania, who is now the mayor of Drenas, also accused Suleviqi of involvement in the Shala case.

In 2019, in an interview with Pristina-based television station T7, Rrustem Mustafa, a wartime commander with the Kosovo Liberation Army, KLA, confirmed that Suleviqi had been held by the Kosovo guerrilla force during the war in 1999.

"We all know that he [Suleviqi] was a member of Serbian State...