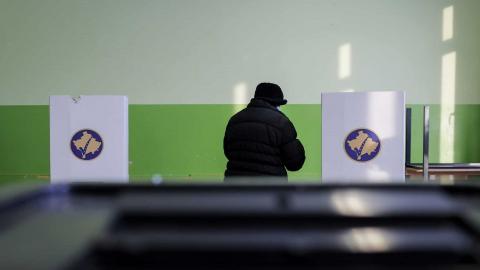 To help flesh this out, here is my wish list for what an active, innovative and principled foreign policy should include:

End the custodian and vassal relationships

Supporters of the Vetevendosje party celebrate the party's projected victory in the parliamentary elections, in Pristina, Kosovo, 2021. Photo: EPA-EFE/VALDRIN XHEMAJ

First and foremost, the next Kosovo government's policy on foreign affairs should enable the country to start acting like a sovereign and independent state. This means changing the custodian and vassal relationships that Kosovo has developed towards its Western partners and allies, and pursuing a more multifaceted foreign policy.

Ultimately, when countries recognised Kosovo they recognised it as a sovereign and independent state, and not as a territorial extension of great powers or other regional forces. The time is now ripe to develop a distinct and niche foreign policy, which reflects Kosovo's own interests and values.

It can be anticipated that Kosovo's relationship with Albania might deepen in the coming years, as it seems that the more isolated Kosovo is internationally, the higher the desire for some sort of neo-functionalist unification. However, as with other countries, cooperation with Albania should be pursued on the grounds of mutual respect and not create new and unequal hierarchical relations between the two.

As for Serbia, the next government should not oppose entirely the dialogue on normalising relations. But it should insist, as it has promised, to pursue it based on a detailed, structured, and transparent plan which promotes and protects Kosovo's vital interests, and addresses many of the unresolved legacies from the past which have so far been ignored by...