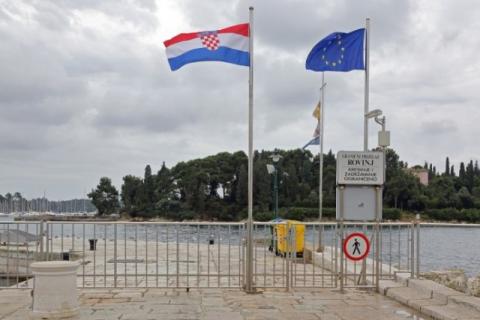 After a similar decision was made by Greece in recent days, all travelers who have been vaccinated with two doses of vaccines against Covid 19, regardless of whether the vaccines have been approved by the European Medicines Agency (EMA), as of tomorrow will be able to cross the Croatian border.

Everyone will be able to cross the border without a negative PCR test with a vaccination certificate, regardless of which vaccine they received, Jutarnji list reported this unofficial news.
However, as they find out, the decision will be subject to change should the European Union position itself differently to vaccines without European approval. Also, the Decision on Borders, which will be presented today, will include the possibility of crossing the border by presenting a fast antigen test, but only the antigen tests validated and approved by the EMA.
Persons who contracted the Coronavirus within the maximum period of six months, possessing a negative PCR test, not older than 48 hours, will also be able to cross the border without quarantine.
Children under the age of seven can cross the border without any restrictions.

The news comes just a day or two after the head of the CNIPH, Mr. Krunoslav Capak, told that he did not advise anyone to go to Serbia to get vaccinated, among other things because vaccines used in Serbia have not been approved by the EMA, consequently neither in Croatia. In this case, however, the advantage that vaccinations have for the economy, tourism before other has prevailed, generating up to 18 percent of GDP.
Before Croatia, the decision to release people who were vaccinated with Sputnik and Chinese vaccines across the borders was announced by Greece, which agreed to accept the...