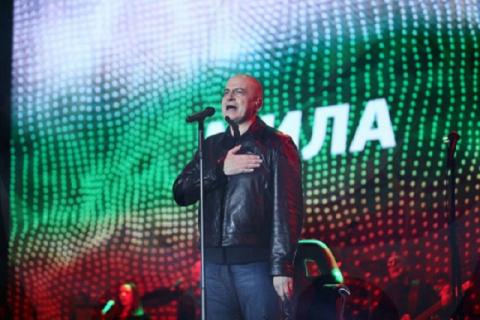 The big winner of the elections 2021 - Slavi Trifonov's party "There is such a people", which at the first appearance on the political scene has garnered 600,000 votes, will act resolutely. Trifonov has already decided to boycott attempts by the new parliament to form a government.

As the election forerunner "There is such a people" will receive a mandate from President Rumen Radev to form a cabinet if the winner GERB fails to do so. However, the showman's party has already taken a course towards early elections, which it hopes to win, Maritsa newspaper writes. That's why Trifonov will immediately return the mandate.

The president will offer it to another party at his choice, but in practice the attempts are doomed. This means that even before the swearing-in of the new MPs, there is certainly a trend towards a caretaker cabinet and a repeat parliamentary vote that could coincide in time with the presidential election.

GERB leader Boyko Borisov tried to avoid this scenario by proposing already on election night to form an expert cabinet to take the country out of the Covid pandemic at least before December. However, his idea did not receive any support from the other five parties in the new National Assembly.

Slavi Trifonov's party was the first to declare that it will never enter into any coalitions with BSP, GERB, MRF. The same did the other protest formations - "Democratic Bulgaria" and "Stand Up! Mafiosi out". "BSP will not support any government proposed by GERB - with or without Borisov, with experts or with politicians, socialist leader Korneliya Ninova said yesterday

Only MRF refrained from commenting on the idea of an expert cabinet, but their support is extremely insufficient.