Chaos at Kabul airport - people in panic; The Taliban in the presidential palace 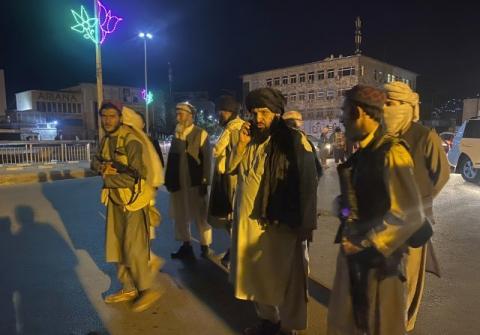 Militants have taken control of Kabul University, located in the west of the Afghan capital.
According to him, the terrorists even raised their flags in one of the city areas not far from the university.
Al-Arabiya television reported that the Taliban announced that they would provide everyone who wanted to do so with the opportunity to leave Kabul.
Just before the Taliban entered Kabul, the Torkham border crossing with Pakistan, the last position still under the control of the Afghan government, belonged to a terrorist group. Thus, the rebels now control all border crossings in Afghanistan.

NOW - Chaos at #Kabul airport: Hundreds want to leave Afghanistan and are panicking. Gunshots can be heard.pic.twitter.com/JW1jHRgcIq

Chaos at Kabul airport: Hundreds want to leave Afghanistan and are panicking. Gunshots can be heard.

The President of Afghanistan, Ashraf Ghani, announced today that he left the country in order to prevent bloodshed. Ghani said on Facebook that he left Afghanistan in order to avoid clashes with the Taliban, which would endanger millions of Kabul residents.
He did not reveal details about the current location in his first comment since leaving Kabul, but "Kabul News" announced earlier that he was in Oman.
Earlier tonight, the Taliban occupied the presidential palace in Kabul, Reuters reports.