Macron-Erdogan talks focus on Libya, ahead of 12 November Paris conference on the country’s future 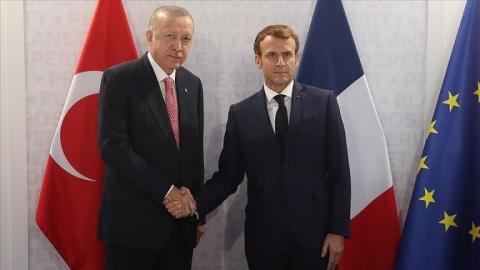 The meeting comes straight on the heels of Erdogan's threat to expel, along with nine other Western envoys, France's ambassador to Ankara, as well as after the recent France-Greece strategic defence agreement.

Over the last year, Erdogan has unleashed vitriolic attacks on the French president.

"Macron is trouble for France. With Macron, France is passing through a very, very dangerous period. I hope that France will get rid of Macron trouble as soon as possible. Yellow vests could later turn into red vests," Erdogan said in December, 2020.

He has repeatedly said that the French president is in need of psychiatric evaluation, has lambasted France's historic role in Algeria, and has gone as far as to urge his compatriots to boycott French products.

There have efforts at rapprochement since then and both sides appear to be seeking a normalisation of relations.

In an announcement, the Élysée Palace noted that the meeting was an opportunity to review bilateral issues, especially concerning Libya, ahead of the 12 November conference on Libya that will be hosted by Macron in Paris, ahead of Libyan elections, scheduled for 24 December.