US blockade on F-16 sale freaks out Turkish media 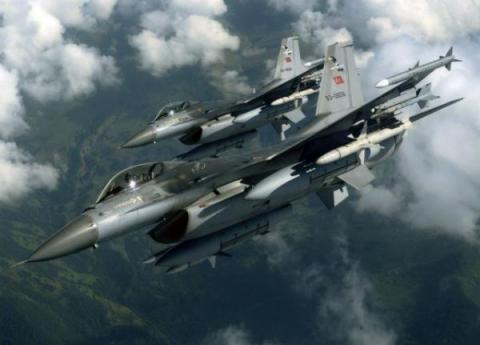 There is outrage in Ankara after the House of Representatives ratified Chris Pappas' amendment to block the sale of American F-16s to Turkey.

Under the Pappas amendment, not only the sale of new F-16 fighters, but also any modernization kit or equipment upgrade to Turkey is expressly prohibited.

Should the US president decide to lift the ban on national security grounds, then he should detail the steps taken to ensure that the weapons are not used to violate another state/member of NATO's airspace, sovereignty or territorial integrity.

As reported by the SKAI correspondent in Istanbul, the Turkish media reported the news in a state of shock. They even commented that "the amendment of the Greek lobby passed - They ask that Turkish fighters not violate Greek airspace".

Turkish commentators analyzed that with this decision, if it finally goes through the next stages, the balance will change.

Haber Global presenter Giozde Seker said: "We had reported to you about the proposal of the Greek lobby and its member in the House of Representatives, Chris Pappas. This amendment was approved by the Plenary. But all this is a complex process and we need to understand it."

Lawyer Yunus Emre Erdolen said: "We are not talking about a ban, but about terms of sale. The amendment states that in the event that Biden wants to sell F-16s to Turkey, he must prove that this is in the interest of the US, and must assure Congress that these fighters will not violate Greece's airspace."

CNN TURK reported: "They are asking Turkey not to violate Greek airspace", "The US had set conditions for...