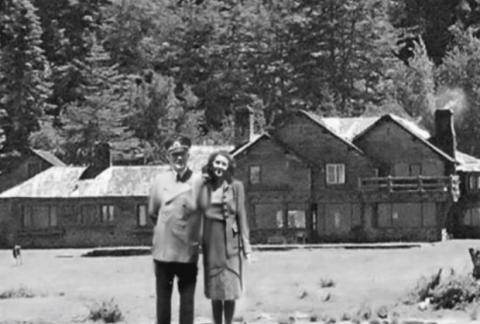 The property is very difficult to reach because it is surrounded with 60 km of forest, and it can only be accessed by boat, which is impossible to do unnoticed because the bay is clearly visible from the watchtowers.

The grave was found 70 meters from the property in the forest, and was decorated with swastika, eagle and it says "Here lies Adolf Hitler, Furer of the Third Reich", writes the daily.

Archaeologist submitted a request to the Argentine government to carry out the exhumation of the remains and compare DNA.

The property was owned by the director of "Mercedes", who was also the largest supporter of Nazism, according to the daily...