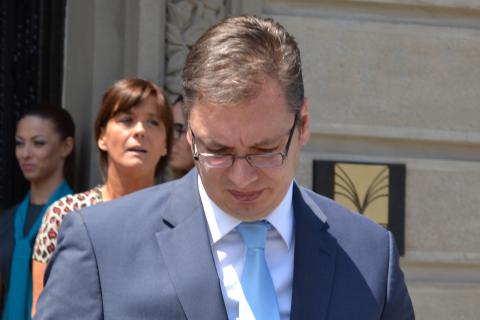 Serbian President Aleksandar Vucic said that the western powers firmly maintained the stand of keeping Kosovo independent, and added that this was very hard for Serbia, GazetaExpress reports.

Vucic told Serbian public broadcaster RTS that after 'in-depth' discussions with people who decide about many things, from different capitals of the West, he understood that their stand is to firmly keep to the principle of preserving Kosovo's independence.

"That is very hard for us," Vucic said.

Asked to comment his meetings at the United Nations and all other meetings over the past few days during a visit to the U.S., Vucic said that he was satisfied with the work and efforts of the Serbian side, but not with the results. He said that "the western countries do not wish to discuss the issue of where the territory of Kosovo belongs; they consider that to be a closed issue."<...