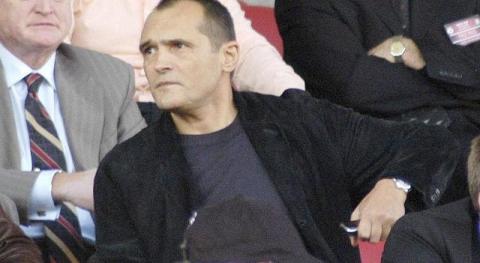 Public quarrels between politicians and rich businessmen over alleged links to organized crime are hardly new, especially in a country ranked among the most corrupt in Europe, Bloomberg reported.
The case of Vasil Bozhkov in Bulgaria, though, has captured the national imagination because it cuts to the heart of the Balkan country's heritage.
The 63-year-old gambling tycoon amassed a trove of more than 3,000 archaeological artifacts said to be dating from 4,000 B.C. to the sixth century. While their value is unknown, Bozhkov has said he was once offered 600 million euros (5 million) for just part of the antiquities collection by an unnamed country building a new museum.
Bulgarian authorities raided Bozhkov's offices last month and raised seven charges against him, including attempted bribery and leading an organized crime group involved in money laundering. Chief Prosecutor Ivan Geshev said on Feb. 2 that Bozhkov had been detained in the United Arab Emirates and his office was preparing a request for his extradition. Bozhkov denies all wrongdoing.
None of the charges is directly related to his collection of antiquities but the authorities are poring over every item. Now the question many Bulgarians are asking is what will happen to them?
The collection, parts of which have been exhibited in Brussels, Bonn and Moscow as well as at home in Sofia, is stored in his private museum at the offices of his Nove AD Holding company in the Bulgarian capital.
Bozhkov and his Thrace Foundation, named after the ancient region that makes up parts of modern day Bulgaria, Greece and Turkey, accused the authorities of trying to confiscate the objects. Prosecutors denied that, though said the antiquities were now included in the broader investigation into...