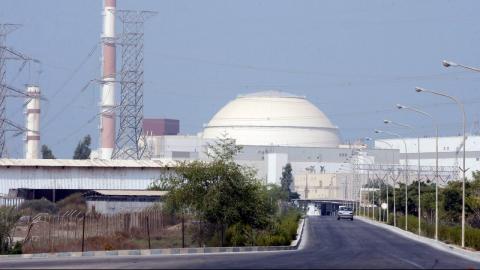 Security Minister Fahrudin Radoncic wrote on Instagram on Monday that a Bosnian company had discussed with officials at the Iranian embassy in Sarajevo the possibility of selling aluminium oxide powder to Tehran in breach of US and EU sanctions.

According to Bosnian media, the executive directors of a company called Alumina spoke to the Iranians about arranging the purchase of aluminium oxide powder that could have been used in Tehran's nuclear programme.

The Zurnal website reported that the export would have had to have been arranged through companies from Turkey and Pakistan so that Alumina would not be formally associated with the end customers in Iran.

Alumina is based in the eastern town of Zvornik, in the country's Serb-dominated Republika Srpska entity. It has denied any wrongdoing.

After the Bosnian security services received and verified the information, Radoncic travelled to Republika Srpska's main city of Banja Luka on Friday to inform the Serb member of the tripartite Bosnian presidency, Milorad Dodik.

"I presented Mr. Dodik with the information available to us and our international partners, and I must tell you that he, as a member of the presidency, reacted very responsibly," Radoncic told Bosnia's Face TV on Saturday.

"He immediately demanded that they [his staff] connect him with officials from that company and very directly and specifically forbade that company from having any business with that country [Iran]," he added.

Dodik confirmed this at a press conference on Monday.

"I was informed that there were some contacts [between Alumina and the Iranian embassy]. Knowing that America has imposed sanctions against Iran, we have no reason to risk anything, and I called the Alumina director and told him...