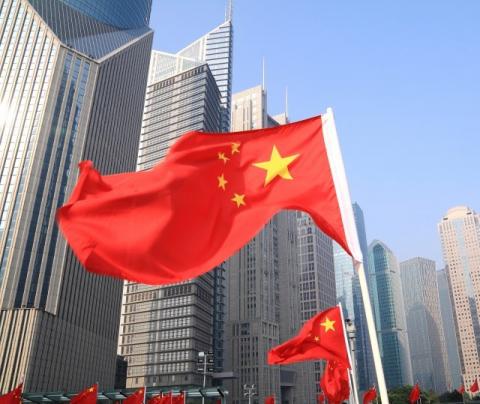 "Our daily lives are getting tougher as China continues to put pressure on Taiwan to accept its political conditions, conditions that would make Taiwan a future Hong Kong," Wu told US Secretary of Health Alex Azar.
Azar's visit to Taiwan was condemned by Beijing, which assessed that it endangers peace.
Repression against dissidents has intensified in Hong Kong since a strict national security law imposed by Beijing came into force in late June. Numerous pro-democracy activists have been arrested and opposition election candidates disqualified.
Strengthening China's control over Hong Kong raises concerns in Taiwan, an island of 23 million people. Beijing still considers Taiwan its rebel province and should return under its control, by force if necessary.
Azar, who is on a three-day visit, is the highest-ranking US official to visit Taiwan since 1979, when the United States severed diplomatic relations with Taipei to recognize the Beijing-based communist government as China's only representative.
Azar's visit takes place in the context of growing Sino-American tensions over a number of topics, from the Hong Kong issue to trade issues and the coronavirus.
The Taiwanese Ministry of Defense stated yesterday that Chinese fighter jets briefly crossed the central line of the Gulf of Taiwan, which Taipei and Beijing have long considered their "border".
During the visit, Azar praised Taiwanese democracy and its actions in the fight against coronavirus. On the other hand, he criticized China's attitude towards the pandemic that appeared on its territory and its authoritarian model of government.

Vucic: The recognition of Kosovo is not on the agenda

Mika Aleksić arrested for assault; Interior Ministry calls on the victims: Contact us