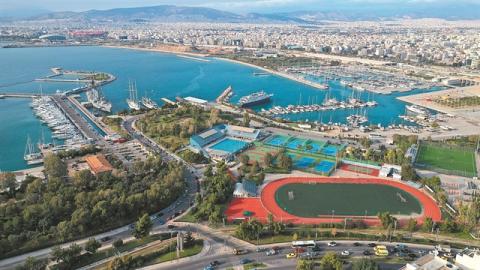 At the beginning of last year, many Greek and foreign investors jostled for a position in the downtown Athens real estate market. Significant projects of reconstruction of abandoned properties and their conversion, mainly into luxury hotels, had preceded.

In March the coronavirus struck sinking Greek tourism and plunging the economy in recession, causing a major blow to the real estate market. As a result, many of the new projects "froze", while some investors who bet on quick returns left Greece.

However, investors who believed in the future of Greek tourism and the country in general never withdrew from the Greek market. Despite the difficult situation, most of the hotel projects that had started in Athens and the rest of the country are proceeding normally again, as well as the large investments, mainly in tourist infrastructure projects.

Common to all projects is the quality of facilities and services provided, as investors are well aware that the bar will rise. Estimates for an impressive tourism recovery from 2022 to 2024, but also for turning Greece into a 12-month destination, turned the country into a pole of attraction for billions of euros.

Major tourism projects now involve top funds from around the world, which through their investments give a practical "vote of confidence" in Greece and especially in Athens, which seeks to establish itself as a city break destination.

The protagonist is the Attica Riviera

The protagonist of the large investments in tourism infrastructure and in real estate is the so-called Attica Riviera, the coastal front, 70 km long, which starts from Mikrolimano in Piraeus and ends a little after the temple of Poseidon.

The upgrade of Asteras Vouliagmenis, which is managed by Four...