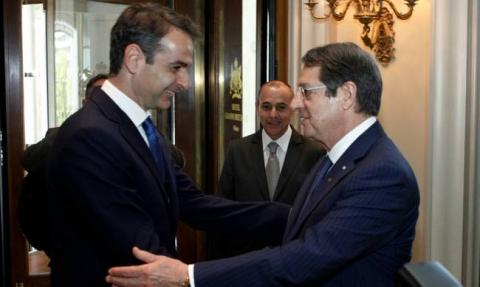 From the Turkish invasion of Cyprus (code named "Attila" after Attila the Hun) in July, 1974, the prospect of a solution of the Cyprus problem seems like a minefield and the re-unification of the island, despite many efforts, appears impossible.

That is because diachronically Ankara has undermined all efforts at mediation to establish a bi-zonal, bi-communal federation in accord with the decisions of the UN.

Essentially, Ankara is defending the military result of the invasion and operates on that basis. Hence, it chose to establish a breakaway state in the northern, occupied part of the island (recognised only by Turkey to this day), and ever since it has worked systematically and in an organised fashion to achieve a two-state solution on Cyprus.

The most recent initiatives of Turkish President Recep Tayyip Erdogan simply bolster that choice. With the select and limited opening of Famagusta (Varosha) he seeks the legitimisation of his plan by the Greek Cypriots, who might possibly succumb to the lure of reclaiming properties in this area and become his interlocutors,  allowing Turkey to annul on the ground UN Security Council resolutions.

The truth be told, Turkey, with the essential toleration of the great powers, is always a step ahead in dealing with the Cyprus problem. In this manner, he retains the initiative in moves on the geopolitical chessboard and by undermining every other effort he confronts the Republic of Cyprus with de facto situations.

The fact is that the Greek Cypriot side at times has wavered and bears its own responsibilities. In various stages, it approved efforts at mediation and solutions which it did not follow through on until the end. With its understandable suspicion of the Turkish side, it did not display...