NATO Is a Following with Dues-Paying Members; It Must Become a Partnership 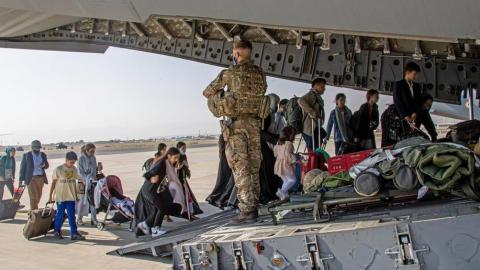 UK Defence Secretary Ben Wallace admitted to being "pretty blunt about [the troop withdrawal] publicly… a rare thing when it comes to United States decisions." True to his confession of a lack of diplomacy, he added: "I think the [peace] deal that was done in Doha was a rotten deal. It effectively told a Taliban that wasn't winning that they were winning."

The head of Angela Merkel's Christian Democratic Party, Armin Laschet, called the withdrawal, "[T]he biggest debacle that NATO has suffered since its founding… we're standing before an epochal change."

Worse, from the point of view of preserving the integrity of the transatlantic alliance, in a recent interview Czech President Milos Zeman described the withdrawal from Afghanistan as an act of "cowardice" that "calls into question doubts about [NATO's] existence."

Zeman, a provocative populist known for aligning himself with Moscow and Beijing more than Washington and Brussels, who has publicly supported the right of Czechs to hold a referendum on both NATO and EU membership, declared that NATO "barking at Russia and China" doesn't impress him. He insisted, instead, "the main goal of NATO is to fight against terrorism, Islamic terrorism, if you will."

The Czech president's contempt for the Alliance then boiled over: "[Afghanistan] was the only occasion NATO has had to fight… [but] it failed dramatically." His final thrust resembled an attempted coup de grâce: "Mistrust will increase among a number of member states, since they will say to themselves: 'if you failed in Afghanistan, where's the guarantee you won't fail in other critical situations as well?'"

A "natural consequence of NATO's failure in Afghanistan," Zeman added, "should lead to a reassessment of defence...