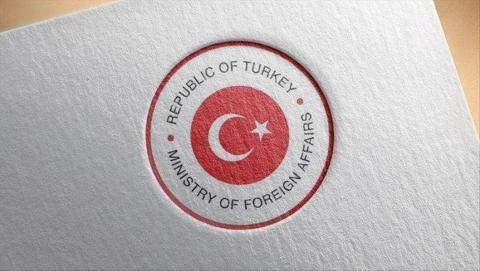 Turkey on Sept. 8 "strongly condemned" an instruction by the Greek Cypriot administration for English teachers to rip out a page in a textbook mentioning Mustafa Kemal Atatürk, the founder of the Turkish Republic.

"We strongly condemn this anachronistic, hostile and unacceptable attitude of the Greek Cypriot Administration," said the statement.

Telling how Greek Cyprus for years trapped the Cyprus issue in a deadlock, Ankara said this latest action "demonstrates that they do not have tolerance not only to share the power and the wealth, but even to live together with the Turkish Cypriots on the Island."

Cyprus has been mired in a decades-long dispute between Greek and Turkish Cypriots, despite a series of diplomatic efforts by the UN to achieve a comprehensive settlement.

Ethnic attacks starting in the early 1960s forced Turkish Cypriots to withdraw into enclaves for their safety.

In 1974, a Greek Cypriot coup aimed at Greece's annexation led to Turkey's military intervention as a guarantor power to protect Turkish Cypriots from persecution and violence. As a result, the Turkish Republic of Northern Cyprus (TRNC) was founded in 1983.