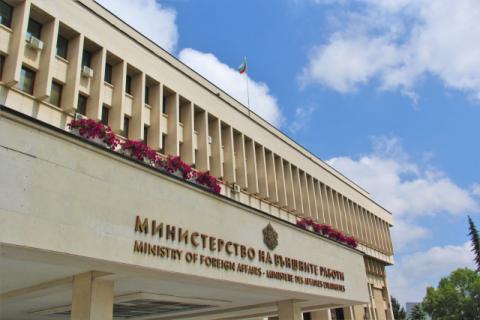 Foreign policy is absent from this election campaign. Moreover, voters practically do not ask candidates for this topic except for relations with North Macedonia.

Representatives of "Democratic Bulgaria", "We continue the Change", GERB, "BSP for Bulgaria" and "Stand up BG! We are coming!" agreed with this conclusion in probably the only public conversation so far about Bulgaria's international and European policy. It was organized by the European Council on Foreign Relations with the participation of Stefan Tafrov, Daniel Lorer, Ekaterina Zaharieva, Krum Zarkov and Maria Capon.

"In this third campaign, there seems to be more talk about politics, but the truth is that the foreign one remains out of the scope of most of the debates and meetings.

"People ask me mainly about relations with North Macedonia, and when it comes to the European Union, it's about what Brussels makes us do, which is extremely simplifying and gives the wrong impression of what the EU is, what Brussels is, who are the decision-making bodies", shared the former foreign minister Ekaterina Zaharieva.

From Ruse, where he is a candidate for MP, Stefan Tafov added: "Every day I meet with people in the center of Ruse and no one asks about foreign policy, at most once every 5 days someone says something about North Macedonia. What revives the interest is when I say that Ruse is part of a large Euroregion, which includes Bucharest, with all the opportunities that the Romanian capital provides for the Bulgarian city, cross-border European cooperation, for example. We need to revive this interest from below.

He added: "We have a deep-rooted understanding that foreign and European policy is something we need. That's why...