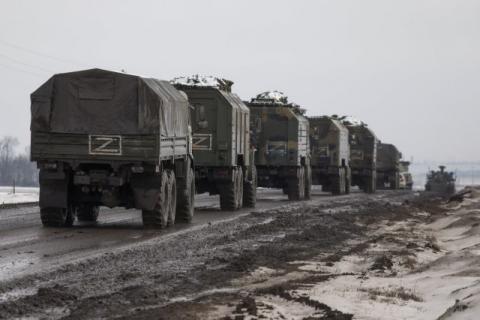 The United States has urged its citizens not to travel to Ukraine because of information that Russian forces have captured two American citizens. Zelensky met in Kyiv with Dritan Abazovic and Edi Rama.
Macron told Zelensky that Kyiv is obliged to negotiate with Moscow.
President of Ukraine, Volodymyr Zelensky, met in Kyiv with the Prime Ministers of Albania and Montenegro, Edi Rama and Dritan Abazovic, and the Prime Minister of North Macedonia, Dimitar Kovacevski, joined the meeting via video link.

"Negative consequences of sanctions on Russia were felt by Europeans, and then by Americans"

The negative consequences of sanctions against Russia were felt first by Europeans, and then by Americans, and dissatisfaction with that will only grow, said Dmitry Peskov, press secretary of the President of the Russian Federation, in an interview with RIA Novosti.
Peskov said that "sanctions are a double-edged sword" and that they create problems for both Russia and those who impose them. "The negative consequences are primarily for Europeans, secondly, and the Americans have already felt them well. This burden, these negative feelings will only grow," said a Kremlin spokesman.

"Around 10,000 civilians are trapped in Ukraine's eastern city of Severodonetsk, where intense fighting with Russia has raged for weeks", local governor says.
"Out of 100.000 residents, around 10.000 remain," Sergiy Gaidai, the governor of the Lugansk region, says.

The leaders of Italy, France and Germany arrived in Ukraine