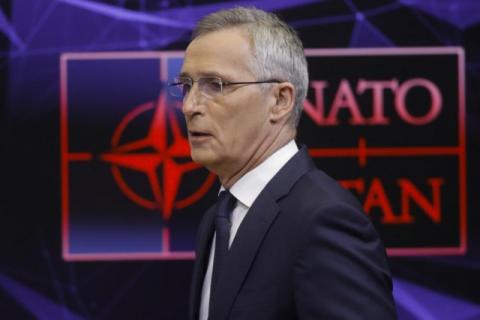 According to him, the reason is that he is not sure whether this military alliance will succeed in convincing Turkey, which opposes the membership of Finland and Sweden, to change its mind.
It should be reminded that the two Nordic countries officially submitted their application for NATO membership in May, but that process was stopped immediately due to the opposition of Turkey, which demands Sweden and Finland to stop providing protection to the Kurdish People's Party, which Ankara considers terrorist, but also the arms embargo imposed on Turkey to be lifted.
Asked if he had the impression that the entire Alliance was now a hostage of Turkey, Stoltenberg answered:
"We have a system that is based on consensus and that's how decisions are made in NATO. There have always been such situations, when one or several members disagree with something and then we overcome it." According to him, Stockholm and Helsinki have only recently applied for membership.
"My goal is still for them to become members of NATO. I cannot guarantee that, but I can say that it is my goal," Stoltenberg added. He also said that Turkey is an important member of NATO, which has played a key role in the fight against terrorism, and which also has an important geopolitical position in the Black Sea, as well as on the border with Iraq and Syria.
"So when they express some concern, we need to sit down and talk about it, and that's exactly what we're doing. And then, I hope, we'll find a solution so that Sweden and Finland become members of NATO," Stoltenberg said.