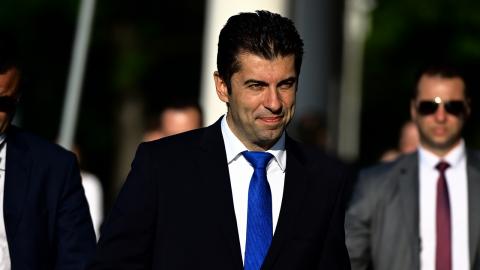 "Most of these people were working directly for foreign services and their diplomatic role was only a cover-up", Petkov said on Tuesday evening.

"When foreign governments try to interfere in the internal affairs of Bulgaria, we have clear institutions that are ready to react. We expect a full plane with 70 people to fly back to Moscow on Sunday."

With this move, Petkov made a memorable exit as a Prime Minister and essentially signalled that he will continue his pro-Western politics if re-elected.

This is the biggest number of Russian diplomats ever expelled in a single move in Bulgaria. According to different estimates, half of the Russian embassy's staff have to leave.

Тhe expulsions are also related to a controversial campaign by the embassy, which started seeking public donations for Russian troops on Monday.

"It's absolutely unacceptable to call on citizens of a Member State of the European Union to support troops involved in this illegal Russian aggression [against Ukraine], and therefore violate EU sanctions imposed on the Russian Federation," Bulgaria's Foreign Ministry said on Wednesday.

In a previous statement, the Ministry said that from the now on, Russia must follow the official standard of having no more than 23 diplomatic and 25 administrative staff.

Petkov's decision also means that his "We Continue the Change" party is de facto cutting ties with its recent coalition partner, the pro-Russian Bulgarian Socialist Party, BSP. The BSP joined...