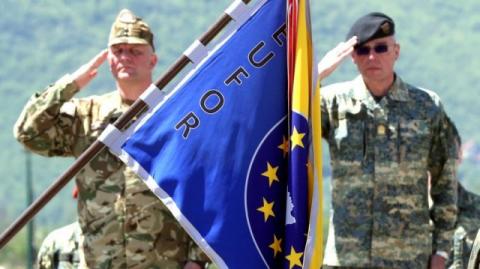 "Therefore, it is possible that there will be a redistribution of some global relations. Bosnia-Herzegovina will certainly become a member of NATO. It can even be a blitzkrieg, to the surprise of many. And it may happen that we will still have to come to an agreement and find a compromise solution, in what way, in terms of interoperability, equipment... But the allies are also ready to help," said Sifet Podi.
According to his words, it is very significant that in the Final Declaration of the NATO Summit, out of 22 points, Bosnia-Herzegovina is mentioned in two.
He also told Radio Sarajevo that Bosnia-Herzegovina in Madrid was placed equally in the security architecture of Europe's defense in the current crisis, together with all other NATO members.
"They told us that they count on us as a serious partner, as an equal member of NATO regarding the current crisis. As they want to help these countries that are in immediate danger, near the conflict between Russia and Ukraine (which is a classic aggression), they also put Bosnia and Herzegovina in that program. We have already applied for 13 programs through the BiH Armed Forces (OSBiH). Everyone gave maximum support without reservation. They will give us funds, which is very good considering all these budgetary crises of ours," emphasizes the Minister of Defense of Bosnia and Herzegovina.
Another strong message, he says, is a possible Russian veto in the UN Security Council regarding the extension of the EUFOR Mission.
"There is also strong support for Bosnia and Herzegovina. Everyone said that the allies are already preparing a response in case that happens. They will be ready to take over that process. Definitely, without any consideration, NATO will immediately get involved. So, in...